The Power Of A Common Goal (#endsars Protest By Nigerian Youths) 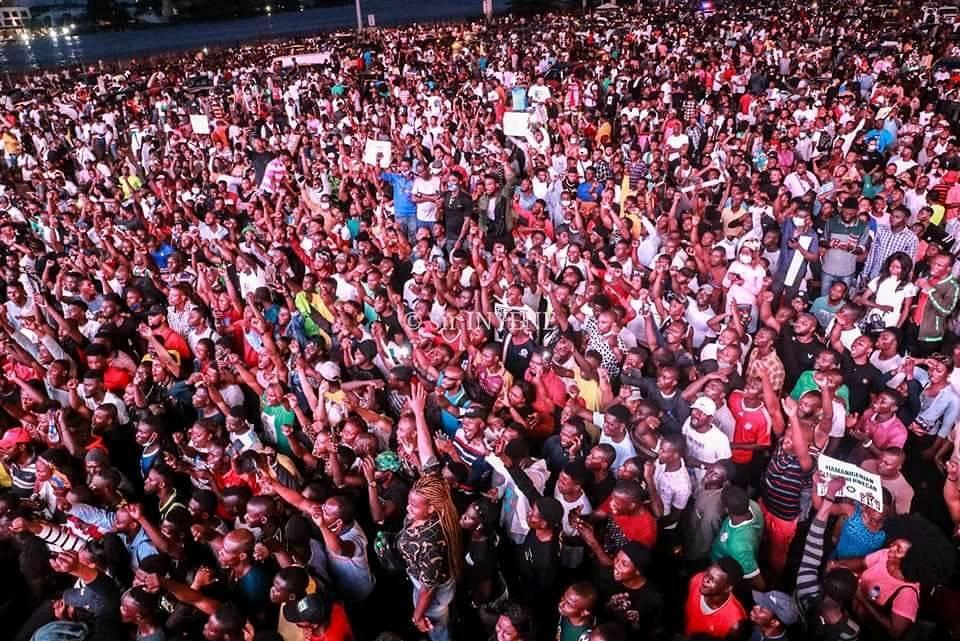 The power of a common goal is tremendous and can make the unimaginable happen in the twinkling of an eye. It is no longer news that Nigerian youth have been on their toes since the 8th of October, holding peaceful protest across major cities on the disbandment of SARS.

FSARS widely known as SARS, is the special anti-robbery squad put in place by the government to protect civilians from armed robbery. Instead, they extort, harass, attack, and kill innocent youths. They are profiling and prosecuting youths with nice cars, outfits, or gadgets, on the hunch that they engage in criminal or fraudulent activities.

Apparently, during these protests, the walls of religious barriers, social differences, geographical differences, and tribalism have crumbled, as citizens all over the country have united in one voice to say “enough is enough”. The goal of the movement is simple. The youths are simply calling for the disbandment of the special anti-robbery squad (SARS), and an end to Police Brutality in Nigeria.

It is no doubt that social media is one of the greatest inventions of man in modern history. It all started as an #endsars protest on Twitter with the hashtag #endsars, which then became viral and was moved to the streets. The online campaign caught the attention of influencers, celebrities, and even Nigerians in the diaspora as they all came together with one voice to stand against, and curb the menace of police brutality and SARS in the society. During the #endsars protest online campaign, hashtags such as; #endsarsnow #endpolicebrutality #endpolicebrutalityinnigeria #sarsmustend #endsarsoppression #sarsmustendnow #sorosoke #nodeydisguise #endswat and more kept trending.

Youths from different walks of life have been coming out in mass to make their grievances known to the government through protests. Most people suspended their businesses and daily activities to show solidarity and prove how much they all want a change in the system. Some of the intriguing parts of the ongoing protests are the fact that; citizens, including renowned personalities, passed the night on the street in a bid to make their voices heard by the government. Protesters are looking out for one another, and missing items are returned to their rightful owners. People Living around the venue of the protests opened their homes to protesters to take care of themselves, and the protesters clean up after themselves every day ensuring a “No Litter Movement” (NLM).

This kind of movement has never been recorded in history. The oneness and uniformity exhibited by Nigerian youths brought about a spontaneous response from the government which led them to release a statement; disbanding SARS, and setting up a new unit called SWAT. Though the protesters are unsatisfied with the change and still calls for complete disbandment of the special task-force, and a reform to the Nigerian police force. However, all of this wouldn’t have been possible if there was no common goal.