The Marketing Genius Of Mr Macaroni 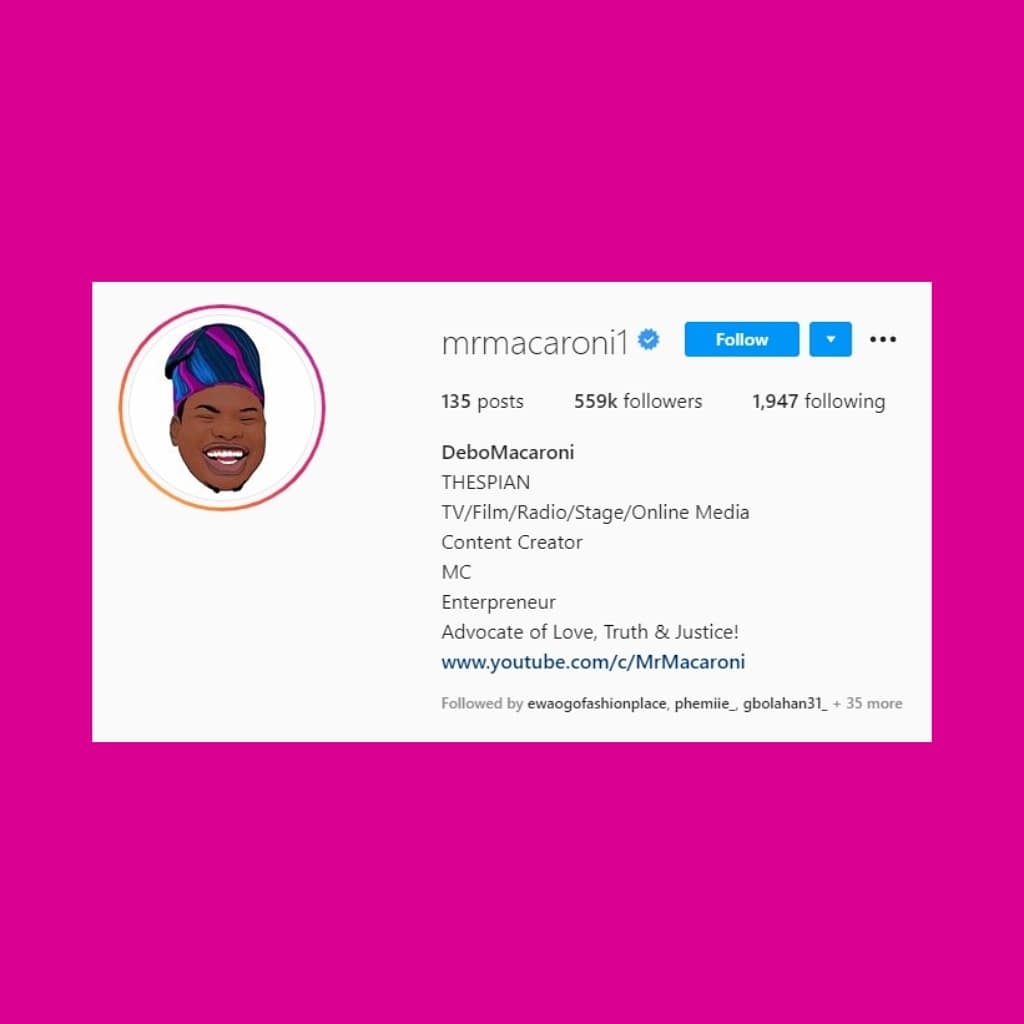 Most upcoming comedians think like failed startups. Too much time creating, not enough time paying attention to what people actually want.

He paid attention
Many people think Mr Macaroni started out playing the role of a sugar daddy in his comedy skits. He actually started out playing the character of an old school teacher but it wasn’t attracting a lot of attention. A company had reached out to his producer that they needed someone to make a short YouTube video. He paid attention to his immediate environment and the concept of ‘Mr Macaroni’ was born. Sex is a topic that many shy away from but we all get excited by. Mr Macaroni, just like Naira Marley, has tapped into a genre with massive appeal.

He leveraged other influencers
His content first went viral when Tunde Ednut continuously posted his content on his page. Mr Macaroni reminds us that getting an influencer’s attention and adoration is worth all the trouble.

Mr Macaroni sought to polish his talent
Mr Macaroni grew up jovial and highly expressive. Inspired by the charismatic Pastor Chris of Christ Embassy, He wanted to be a pastor. As someone in love with acting, Mr. Macaroni decided to pursue his dream of being an actor and in 2014, He left school to attend Wale Adenuga’s PEFTI Film Institute.

Mr Macaroni recognized the internet as the new oil
But the movies roles were no longer coming and He was getting frustrated. He would get on Instagram and see the likes of Broda Shaggi and Maraji doing skits & wowing fans. He couldn’t imagine himself doing comedy skits for a while but He overcame his ego when He rightly recognized the internet as the new oil. So, instead of waiting for movie roles, He created room for himself.

If Macaroni is the religion, Freaky Freaky Daddy has a dedicated lingua franca
This is one of the biggest secrets behind the brand. He consistently uses certain phrases. And repetition is exactly how adverts stick in our heads for donkey years.
‘Freaky Freaky Daddy’ is a character portraying a sugar daddy whose escapades openly lusting for endowed women often find him in hot waters.
As for ‘You are doing well’, He was inspired by how adults or people that want to help you always say ‘keep it up’ ‘you will get there’. Also, Destalker shared a joke about how one big man in Abuja kept saying to him, you are doing well and eventually scammed him.
He uses ‘Ooin’ as another way to complement or call someone’s bluff.
In his skits, He also says ‘Fantabulous’ when He is happy, and ‘Are you mad’ or ‘do you want to die young’, when He is angry. ‘You are doing well’ has become a mainstream slang.

Mr Macaroni has a taste for excellence
Edem Victor, who is one of the best around shoots his skits. Edem Victor also shoots for MC lively and other top online comedians. Mr Macaroni uses different locations & props.

Mr Macaroni collaborates
He has done skits with big names like Taaooma and Woli Arole. This causes cross pollination and a surge in his fanbase as fans of those comedians get to know him and follow him.

And finally
Now you know why Mr Macaroni has grown from a regular Instagram user, to an influencer with more than 550,000 followers. If you enjoyed this piece, share right now and hit the follow button.